All Eyes on Virtual Reality Ahead of MWC 2016

When Mobile World Congress commences Monday, virtual reality may easily dominate the deluge of tech headlines to emerge from Barcelona. “If you want to truly gauge the impact of virtual reality on MWC this year,” proposes tech blogger Emma Martin, “just look around at the number of booths that offer attendees a chance to try …   Read More 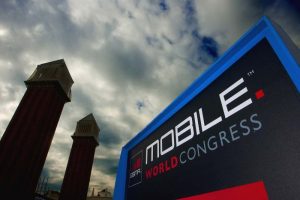 When Mobile World Congress commences Monday, virtual reality may easily dominate the deluge of tech headlines to emerge from Barcelona.

“If you want to truly gauge the impact of virtual reality on MWC this year,” proposes tech blogger Emma Martin, “just look around at the number of booths that offer attendees a chance to try on a headset for virtual reality product demonstrations, gaming experiences, marketing pitches, and entertainment opportunities. They’re going to be everywhere.”

Samsung has already confirmed its intention to unveil new smartphones at MWC. But it’s the South Korean tech giant’s plans for virtual reality that are generating the most speculation.

Citing sources in the European tech channel, Jamie Feltham of VRfocus says that pre-orders for the Galaxy S7 and Galaxy S7 edge may kick off during MWC with an alluring window of opportunity attached. According to the rumor mill, individuals who preorder one of the new smartphones before March 10th will receive a free Gear VR with their order.

In recent weeks, HTC has also been subjected to endless MWC rumors. Will HTC’s hotly anticipated One M10 make an appearance in Barcelona? Although the speculative chatter persists, it’s a safe bet that HTC will keep the wraps on its refreshed flagship smartphone until spring as the company opts instead to focus on virtual reality at MWC. Sources attest that one of HTC’s highest priorities for the Congress is demonstrating the company’s virtual reality expertise and passion.

“The Taiwanese company is not holding a press event at MWC, but will be attending to showcase the latest version of its virtual reality platform Vive Pre ahead of pre-orders opening on February 29,” says Rhiannon Williams of the U.K. Telegraph.

While most attention on VR last year was directed at hardware, the latest industry estimates suggest that VR will reach $4.7 billion in sales of software as soon as 2018. To help both VR content creators monetize their work and give advertisers the access they’ve been clamoring for inside of VR headsets, Airpush is the first major mobile advertising powerhouse to embrace VR to this extent.

Visitors at Airpush’s booth will be treated to Gear VR demos of the platform in action. VirtualSKY, the company says, has been “designed from the ground up to deliver gorgeous, immersive, virtual reality advertisement experiences from the world’s top brands and advertisers into virtually any VR app.”

Nokia will present at Mobile World Congress its vision for 5G. And it will tap the power of VR to make its case.

Claiming to have already tested a blazing 5G connection marked by download speeds of 30 gigabits per second (that’s about one thousand times faster than a typical 4G experience), the company will pull out all the stops to showcase in Barcelona the dramatic impact upon the world that 5G’s advent will yield.

“In a demo that could combine the high speed and the low latency being sought for 5G, Nokia plans to let attendees play catch using only VR to watch each other and the ball,” explains PC World‘s Stephen Lawson. “A VR system will track the positions and movements of two players and of the ball they’re tossing back and forth. When you’re counting on a wireless network to tell you where a ball is so you can catch it, low latency is critical. Nokia will be betting its 5G prototype has what it takes.”

Apart from the VR-focused demonstrations set to take place throughout the convention hall, virtual reality is also expected to feature prominently in some several of the keynote speeches scheduled during the four-day conference, including remarks from Facebook founder and CEO Mark Zuckerberg.

The 2016 Mobile World Conference spans February 22-25 at the Fira Gran Via in Barcelona, Spain.

Mobile-First Gets Pinned by WWE in New Website Design
Next