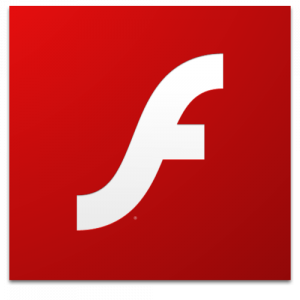 Say goodbye to Flash. Well, maybe not today. But mark your calendar for “sometime really soon.”

“Flash, the popular software from Adobe Systems Inc., once brought Web to life, endowing pages formerly occupied by static text and photos with video clips and animated cartoons,” reports Robert McMillan in the Wall Street Journal (WSJ). “Last week the program, criticized for years as a security risk and a drag on online progress, became a top contender for the technology dead pool.”

Adobe Flash is a problem, a long brewing one. Google Inc. and Mozilla disabled Flash in their web browsers after discovering that hackers were exploiting a bug in the software. And the inability of Adobe Flash to sync its product with the iPhone market has been, frankly speaking, enough to make announcements of its demise not at all premature.

Danny Brian, vice president of research at Gartner Inc., says Flash’s demise is inevitable. “The writing has been on the wall for at least a year or two,” Brian said.

“Introduced in the early 1990s as an easy-to-use digital animation program, Flash went on to be included on virtually every computer shipped,” McMillan writes. “YouTube founded its streaming video operation on the technology, and Netflix used it as well. Advertising agencies championed it as a way to produce eye-catching online ads. It seemed as though Flash was a permanent fixture of the Web.”

But in 2007, the advent of the iPhone spelled doom for Adobe Flash.

“Flash had become bloated over the years and required lots of computing power to run,” explains McMillan. “That wasn’t a big deal on PCs, but on mobile phones, with their limited battery life, it was a major problem, and Apple had opted not to support the technology.”

There’s a lot of backstory to this main story — about changing technology, Steve Jobs’ grudge against Adobe Flash, and more.

But suffice it to say, Adobe Flash was — if not a flash in the pan — a worthy flash whose light has definitely gone out.

Interestingly, Netflix still has one guy left from the Flash days who is still with the company: Roman Staroushnik. He is sad that it’s breaking down this way.

“It’s kind of sad that it happened, because it was a great platform,” Staroushnik said. “It did a great job of merging the gap between designers and developers.”

Can Marketers Boost Chances of Mobile Commerce Success with the Touch of a ‘Button’?
Previous

Thinspace Joins with Tecnosys to Boost South American Customer Base
Next