When eMarketer’s Lauren Fisher recently interviewed Justin Choi, the founder and CEO of native advertising platform Nativo, Choi shared some predictions for 2016. At the top of the list is native advertising. “Native began to get a ton of attention in the second half of 2015 thanks to the importance of many other digital trends, …   Read More 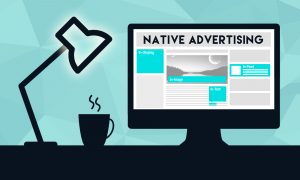 At the top of the list is native advertising.

“Native began to get a ton of attention in the second half of 2015 thanks to the importance of many other digital trends, everything from ad fraud and viewability to ad blocking,” explained Choi. “Our advertisers are actually starting to use words like “customer experience” and being really mindful of ad executions that are less interruptive and more engagement-oriented.”

While Choi admitted that “if native becomes an irritable form of advertising, if any advertising becomes irritable and delivers a bad experience, there’s going to be an ad block for it,” he also said publishers have gotten wise.

“Publishers are (now) smarter about it. And advertisers are now on board with wanting to deliver good user experiences to consumers,” Choi said. “That’s one of the positives around ad blocking: People are starting to pay attention to quality. But when I say “user experiences” I don’t just mean ad blocking — I mean things like ad load speeds and site performance that people haven’t been mindful of.”

And native video will continue to be the big story.

“Native and video are often separated into two buckets,” Choi noted. “But this year, in-feed video will become a big focal point, largely driven by Facebook. And I think people will start to realize that native is a placement and video a form of content, and that the two actually work together.”

With regard to native programmatic in 2016, Choi expects changes.

“Even though native is starting to scale, for advertisers, it’s still a very one-to-one relationship with publishers. There are some companies out there saying there is programmatic native, but the reality is that it hasn’t taken off yet,” he said.

“But what we’re seeing from the brand side is they’re actually starting to try and automate those relationships with publishers,” Choi added. “But they’re not just looking for pure ad-tech-type solutions. They want solutions that are more programmatic content-focused. So one of the predictions that we’re making for 2016 is that from a brand perspective, programmatic native isn’t the trend, programmatic content is.”

You can read the entire interview here.