5 Things Every Entrepreneur Needs in 2016

Recently, MMW connected with entrepreneur Brian Greenberg, who was kind enough to shared his list of “5 Things Every Entrepreneur Needs in 2016.” So, without further ado, here’s the list: 1. Transparency. Operating with transparency used to be a luxury versus a necessity but, now, it’s quite mandatory. Millennials in particular, who wield a tremendous …   Read More 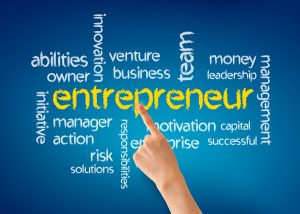 Recently, MMW connected with entrepreneur Brian Greenberg, who was kind enough to shared his list of “5 Things Every Entrepreneur Needs in 2016.”

1. Transparency. Operating with transparency used to be a luxury versus a necessity but, now, it’s quite mandatory. Millennials in particular, who wield a tremendous amount of influence and purchasing power, make buying decisions based largely on the provenance, manufacturing processes and overall business practices of a particular company. Because millennials are now the largest population in the U.S., to say that transparency will drive how businesses are perceived is an understatement at best. However, the good news is that establishing and maintaining transparency doesn’t have to be difficult. Simply communicating regularly with honesty and unequivocally holding yourself, your staff and your company accountable will go a long way toward fostering good will with not only consumers and prospects, but also with vendors, strategic partners and your industry at large.

2. Loyalty. It used to be that only airlines had “loyalty” programs. Now, everybody from giant corporations like Pepsi Co. to mom and pop corner coffee shops have some sort of loyalty program. And, rightfully so. Every industry faces new competition on a daily basis and customers are understandably price sensitive, often buying from whoever has the best sale or perks. However, what loyalty programs really come down to is creating that coveted repeat customer. For instance, airlines offering free first class upgrades or hotels upgrading size of the room for elite travelers often creates an allegiance that trumps price point.  This principle can be applied in every business.  If you’re a service company and a client is at the end of their agreement, offer a specific service at a discount or another deliverable with a high perceived value. Those who do business online can easily build an awards program that fosters a faithful following.

3. Crowdfunding. The ugly truth is if you need a loan, chances are extremely high you won’t be able to get one. In fact, the recent small business study also revealed that the majority—a full 61%–of those who tried to get a favorable loan were unable to do so. Venture capital and private equity funding is equally difficult to come by, if not more. While some types of capital are actually easier to procure, the interest rates are usually more aggressive, often prohibitively so. Instead, focus on crowdfunding and non-traditional lenders such as Bond Street, Kabbage and Deal Struck. According to Massolution’s 2015CF–Crowdfunding Industry Report, global crowdfunding was anticipated to be over $34 billion. A revenue source of that size is simply too big to ignore and not tap into.

4. Pay-for-Play Social Media. Facebook was among the first to implement the “pay-for-play” model by removing organic reach and focusing on paid advertisement.  Since being acquired by Facebook, Instagram is destined to follow.  Pinterest and Twitter are also both currently growing into their pay-for-play systems and will likely make it difficult for pure organic reach as well.  Unfortunately, this means entrepreneurs will need to increase their social media budget. However, Facebook’s paid ads have been shown to reach a significantly greater percentage of users than organic posts, making paid ads well worth the investment. However, social media shouldn’t only be leveraged as a form of advertising. Rather, social media is an ideal way to handle customer service in such a way that not only improves marketplace loyalty but also your company’s transparency endeavor.

5. Instant Gratification. Simply put, if you don’t offer some form of instant gratification your prospective customer will likely go somewhere that does. This truth is particularly problematic for businesses that require information from customers, such as insurance or financial services. Having prospects fill out contact request forms to be contacted later on for products or services is becoming less and less effective in the “Age of Impatience.” To be competitive, you need to deliver to the customer instantaneously in some way, whether that be with the provision of information they are seeking or other deliverable that will satiate them in the moment and keep them interested for a longer term.  Even just offering quicker and more efficient processes in dealing or transacting with your company is certainly a form of instant gratification. At every available touchpoint, strive to impress the customer—an incredibly effective way of evoking that gratified feeling.

No matter what industry you’re in or the type of business you run, you can still make a profit no matter what the current economic outlook happens to be. That begins with giving customers what they want, how they want it and in a way that’s more sensitive to marketplace vs. company needs. The above tools will put your business well on its way to doing exactly that, possibly making 2016 your most successful year yet.

Social Media Marketing Mistakes: Which Ones Are You Making?
Previous